This is where it all started in 1975 – one pickup truck with a plow.

Well, actually, there is history before 1975, one that involved a little boy and his fascination with heavy equipment. As a small child, Randy had his own fleet of Tonka trucks and equipment. When he got a little older, Randy would hang around construction sites hoping to trade watch fobs with the equipment operators. And, on really good days, he’d hitch a ride on bulldozers or pavers working in his neighborhood. That passion continued with education where Randy earned a degree in construction technology. Summers during school and then after graduation, Randy worked as a driver, laborer, paver operator and paving and grading foreman for multiple companies. One of the owners of those companies told his foreman, “Don’t teach Randy too much or you will compete against him.” He was right! And this is where the fun begins.

Driveway Design was the brainchild of Randy and Lanet Johnson in 1977 with orange trucks and the two overlapping D’s logo. Those double D’s came to be recognized throughout the northwest suburbs and eventually all over the Twin Cities metro area. Over the years, we have expanded to more than driveways. Other types of projects include general contracting of streets, roads and parking lots, the addition of our own concrete crew, making asphalt beautiful with StreetPrint Pavement Texturing and our newest technology, Acrylimat™ pavement sealants.

We have learned a lot in 40+ years in the paving industry. Randy’s desire to learn more about pavement and how to install it for longevity led to him further his education with the MnDOT Construction Materials Certificate program. His enthusiasm for quality control within the asphalt paving industry resulted in his election as President and subsequent position on the Board of Directors for the Minnesota Association of Asphalt Pavement Technologists (MAAPT) for five years.

We are proud to say that over the years Driveway Design and their staff have always performed above industry standards and will continue to do so on all future projects. If we can’t do it right, we won’t do it at all. 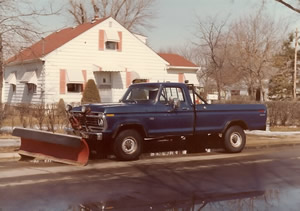 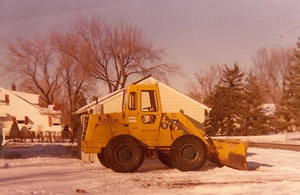 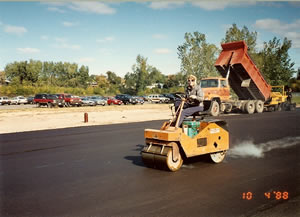 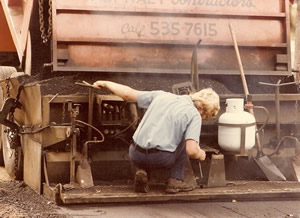